Captain John Wilson enlisted in the Irish Volunteers in August 1917, at the time of Thomas Ashe’s hunger strike.

He served in C Coy 4th Battalion under Captain J. V. Joyce and was arrested under the Defence of the Realm Act (‘DORA’) in 1918, spending some time in prison. The family story is that this was for hanging up the tri-colour on a lamp post.

After a short stint in 3 Coy Engineers, he joined the Active Service Unit in December 1920. We believe he took part in the battle of Brunswick Street as well as the ambushes on Ormond Quay, Bachelor’s Walk & Wexford Street.

He was transferred to the Squad on 1 May 1921 and, with Jim Harpur, was arrested by the notorious RIC man Eugene Igoe, before they managed to talk their way out. He also took part in the capture of an armoured car at the abattoir on the North Circular Road later on that month.

John took part in the attack on the Custom House and was arrested there by a Temporary Cadet Sparrow. Based on a very questionable statement later made by Sparrow, John Wilson and four colleagues were caught with loaded pistols. In any event, unlike the vast majority of the Volunteers captured, he was jailed in Mountjoy and only released in January 1922.

He joined the National Army on 1 Feb 1922 with the rank of Sergeant Major and after a short period as barracks staff at Celbridge Workhouse, he was then stationed at Baldonell with 3 Coy, 1st Easterns. He was commissioned in April 1922 and promoted to Captain in July that year. He later served in Cork; and, along with Jimmy Conroy and Jim Slattery of the Squad, was with Tom Kehoe when he died. He was de-commissioned in March 1924. 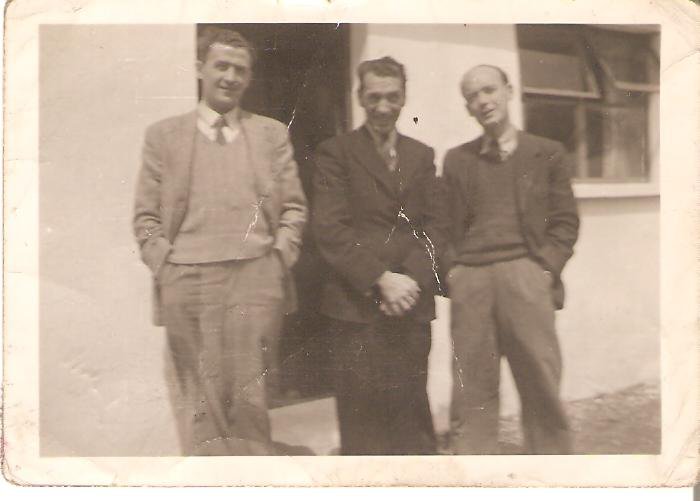 In later life, John Wilson worked in the Sweepstakes and then as a supervisor for Bord na Móna (Turf Development Company). He died in July 1955. Among those at his funeral were former colleagues Vinny Byrne, Bill Stapleton, Billy Corri, Tommy Donnelly and Ned Breslin.