Francis Davis – Died for his Principles 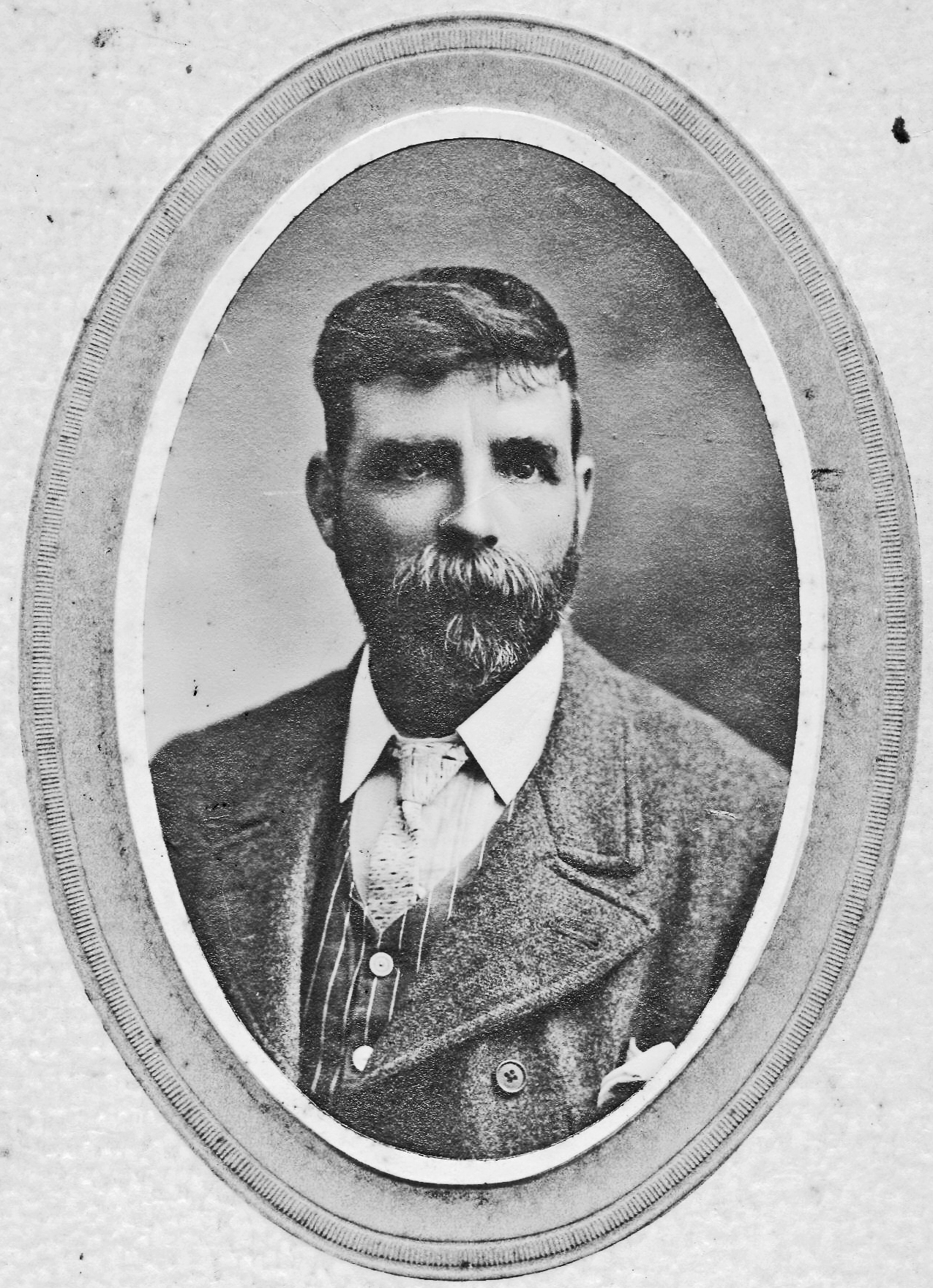 The first casualty of the Custom House attack was 62 year old House Keeper of the building, Francis J. M. (Frank) Davis. His middle names were James Miall; the latter was normally shown incorrectly as Niall (Even in some British records). It apparently came from some celebrity of the time.

An Englishman working for Customs in Britain, he applied for the position in the Dublin Custom House in 1906 after seeing an ad in a Scottish newspaper. He and his family would later experience the shelling and fighting nearby during the Easter Rising. During that time they looked after one refugee family from a shop destroyed in Eden Quay. There is a good description in Mick O’Farrell’s book 1916 – What the People Saw. 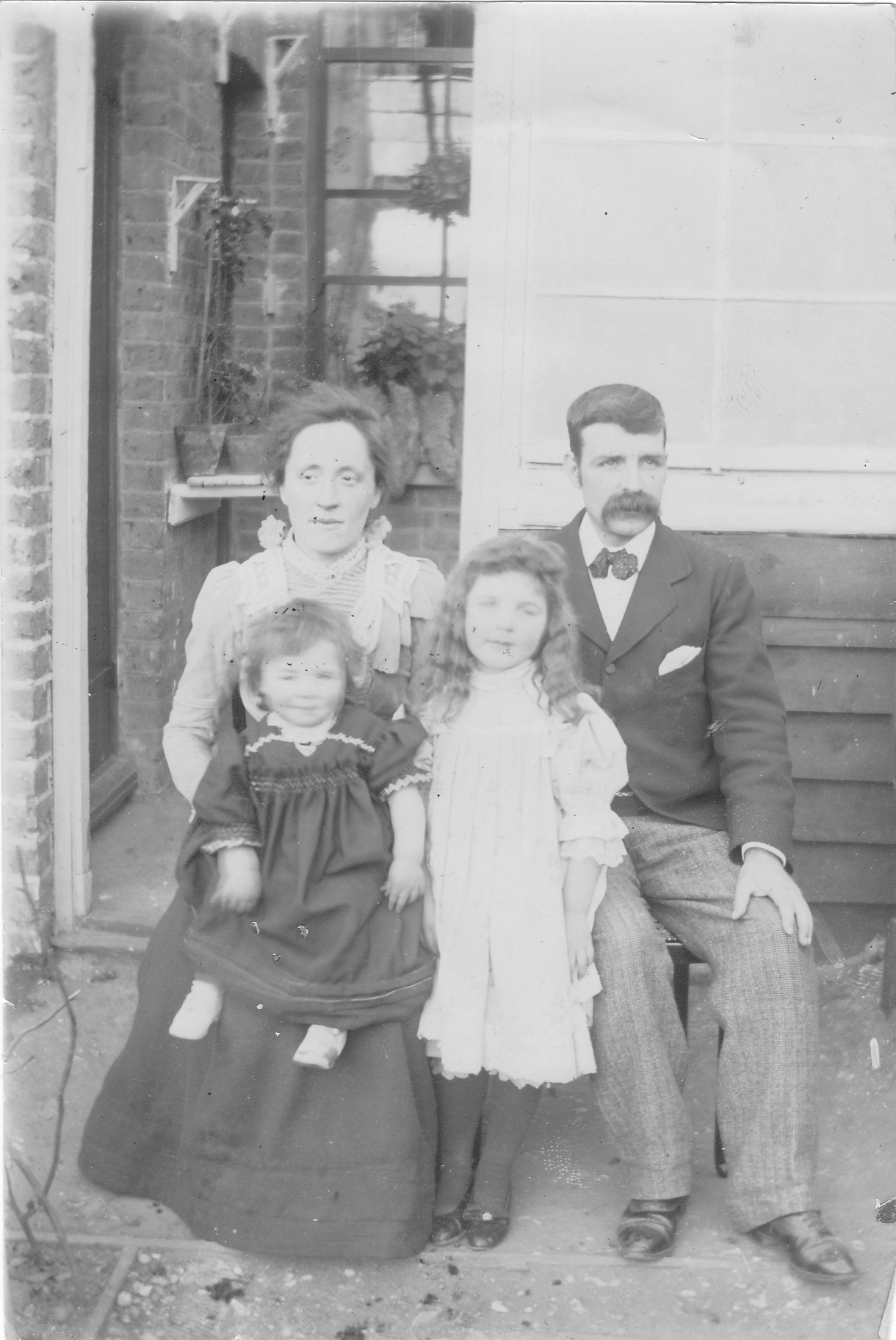 The Davis couple with two of their daughters

Frank (born in Aldershot, Hampshire in December 1858) lived with his wife Bertha and three youngest children in apartments on the top floor of the building. They had seven rooms in the extreme south-west corner over-looking the Liffey and close to the Loopline railway bridge.

When the Volunteers entered his rooms during the attack, he was warned against taking any action. However, he made a dash to signal for help from the roof and was shot once by a Volunteer. He was mortally wounded but remained conscious talking to his highly distressed wife.

The IRA had him moved downstairs by some other civil servants and he was eventually taken by ambulance to the Military Hospital on Infirmary Road where he died later that evening. He left a widow, two adult daughters working in England, and three school-going children in Dublin. 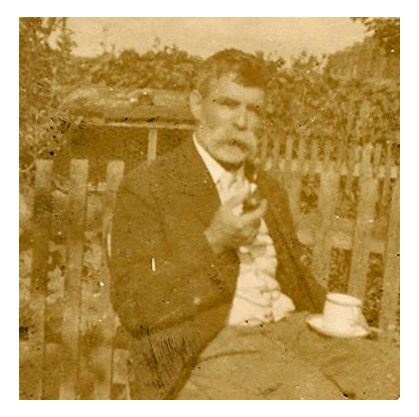 Frank Davis later in life – still with his impressive moustache

He was buried in London’s Bandon Hill Cemetery in Wallington and Mrs Davis then moved to Blackpool with her children, never to return to Ireland. Before she left she settled her late husband’s estate and made a compensation claim for his death and the destruction of their possessions in the Custom House blaze.

One contemporary press photo shows two Custom House staff carrying some of the Davis family’s property recovered from the building. Ironically the rooms were left mostly undamaged after the fire.

Bertha Davis and her children received British bereavement allowances and pensions and the lady lived for another twenty years. But the death of Frank seems to have cast a long shadow over her and his other descendants. One granddaughter was remarkably born on an anniversary of the Burning and had sad, gloom filled birthdays when she was young. The last immediate family member died in 1999; later descendants live in England and Australia.

There have been suggestions that Frank Davis was ex-military. “An old soldier up to his tricks” according to the man who shot him. While Frank’s father (a Welshman) had been a bakery supplier to the British Army Commissariat and two brothers did serve in the army, Frank himself was never officially a member of the crown forces. Incidentally, the family were real globe-trotters of their time, being recorded on census forms several locations in England; Wales; Ohio, USA; and Gibraltar. An era of a global British empire.

According to his widow at the Inquiry into his death (found to be ‘wilful murder by persons unknown’), he was “an Englishman and Unionist who insisted he would never surrender to any rebel”. Sadly for his family, he died upholding these convictions. 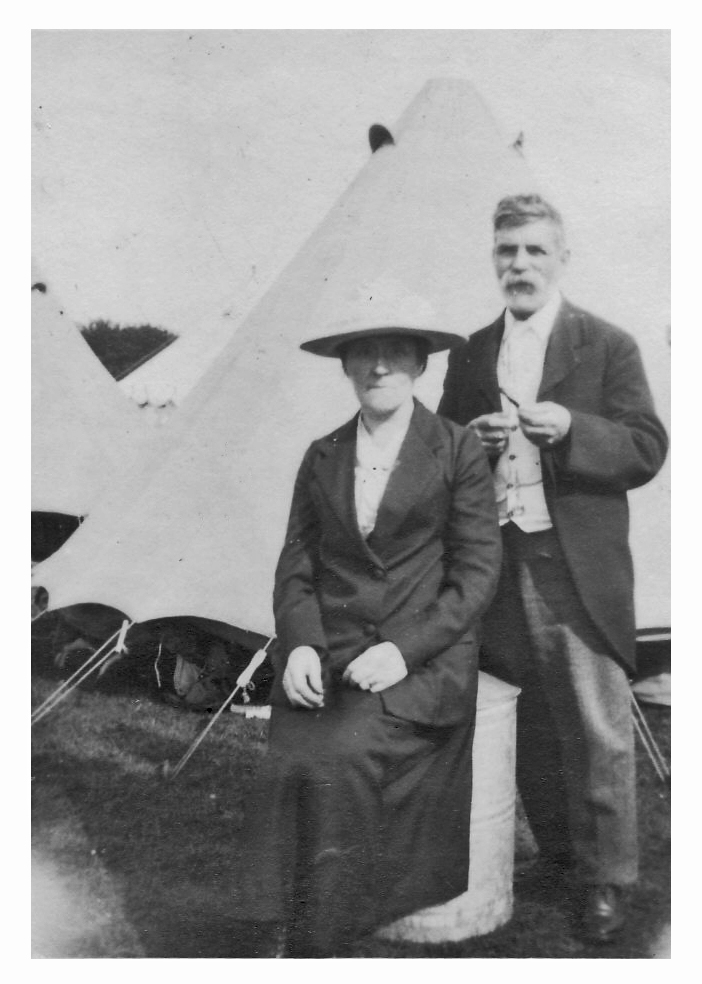 Bertha & Frank Davis pictured – at what looks like a military camp?

The family photos used above were posted by descendants of Frank and/or Bertha Davis on ancestry.com