Jack Grace was 18 at the time of the Custom House raid.

A native of Tinnahinch, Graiguenamanagh, Co. Kilkenny, he had left his apprenticeship job 18 months previously to enlist with the Volunteers. He was a member of B Coy, 2nd Battalion.

As a full time volunteer, he took part in all engagements involving B Coy, including the Whitehall Ambush (Source – Application for Demobilisation Grant)

Following his arrest at the Custom House and while in detention in Kilmainham Gaol, he contributed to a number of the famous autograph books. 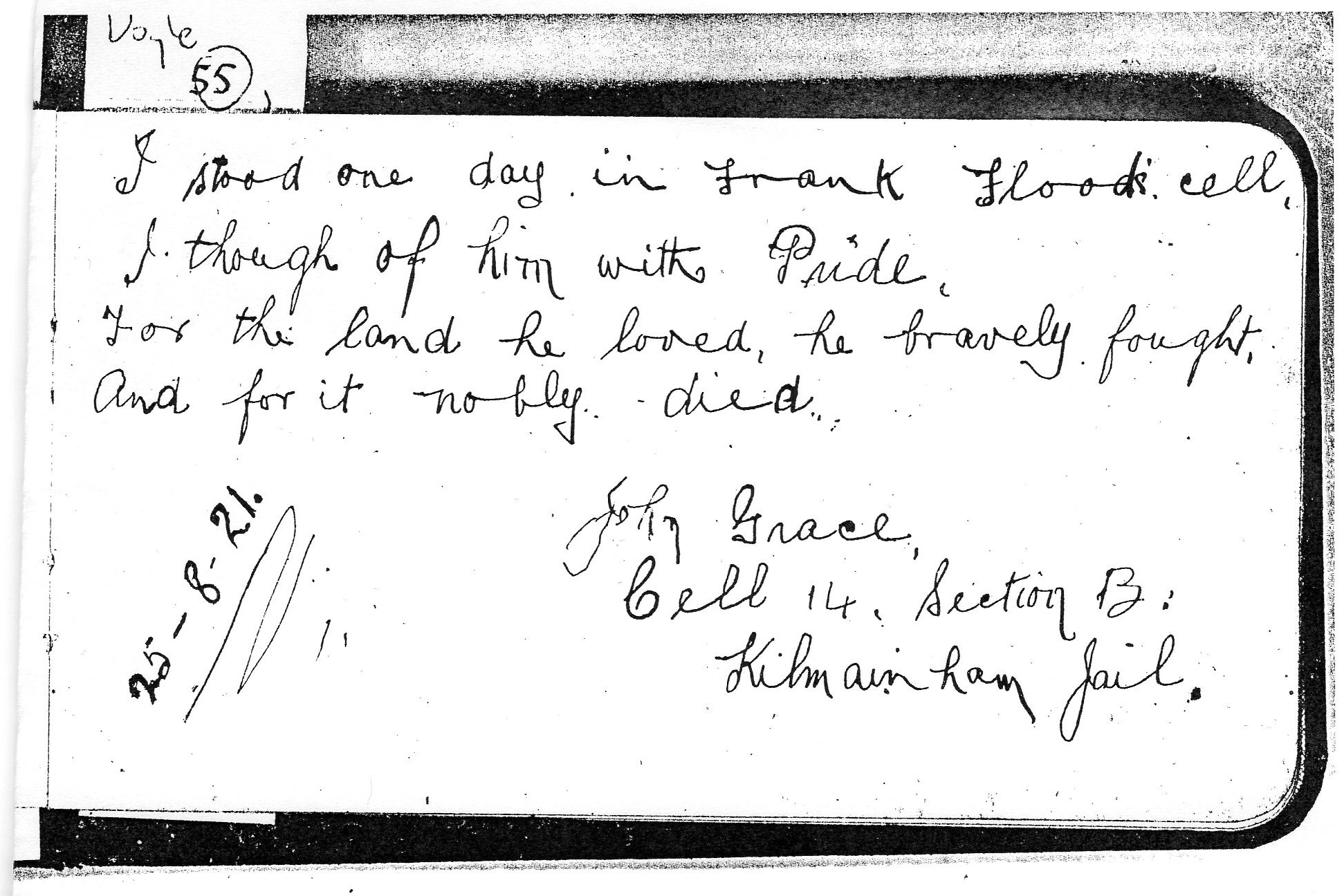 He enlisted in the National Army on the first day of March 1922 at Beggars Bush Barracks and, at the date of the Army Census, was serving in Cork with H Coy, 2nd Battalion, 1st Dublin Brigade. He later transferred to 38th Infantry Battalion.

He resigned from the Army, having obtained Captain rank, on 1 March 1924. The reason given on his Army file was that he wished to return to civilian life and that it “was not due to Army crisis”. 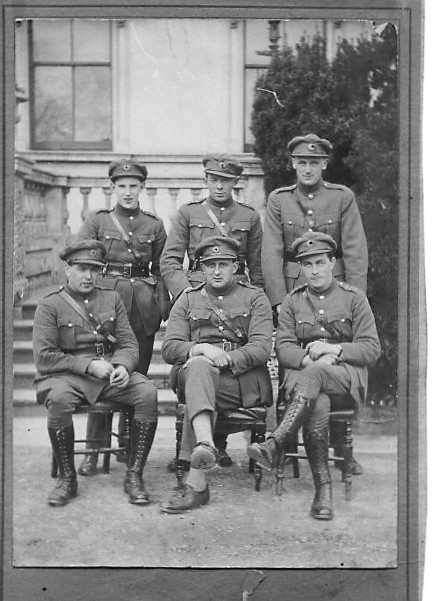 Jack Grace in Army Uniform. Back Row on left

He subsequently took up a job with the Department of Posts & Telegraphs. He married Susan (Cissie) Foster, a native of Kilkenny City and lived for the rest of his life at Shandon Drive, Phibsborough. They had 4 children.

In 1954 he successfully applied for leave of absence from his job to work for the Bureau of Military History.

In the three years he was with the Bureau, he travelled extensively, primarily in the Tipperary and Kilkenny areas, taking witness statements. It was a job he absolutely loved.

Jack’s other passion was Kilkenny hurling. He was involved with the training of the Dublin based Kilkenny hurlers in the 1930s and was a huge supporter of the team for the rest of his life.

Jack Grace died on 23 May 1969 and is buried in Glasnevin Cemetery.

A more detailed second article on Jack – with an important development on his missing Tan War Medal – is here.