A young Dublin wife and mother spent several nightmare days desperately searching for her missing husband in late May 1921.

Sadly there was to be no happy ending. The woman eventually found her husband on Sunday 29 May in the Mater Hospital, feverish, raving and unable to talk sense. She was told he was dangerously close to death.

Sean Doyle, also known as J. J., died the following morning from pneumonia due to a bullet through his lung. He became the last victim of the Burning of the Custom House. 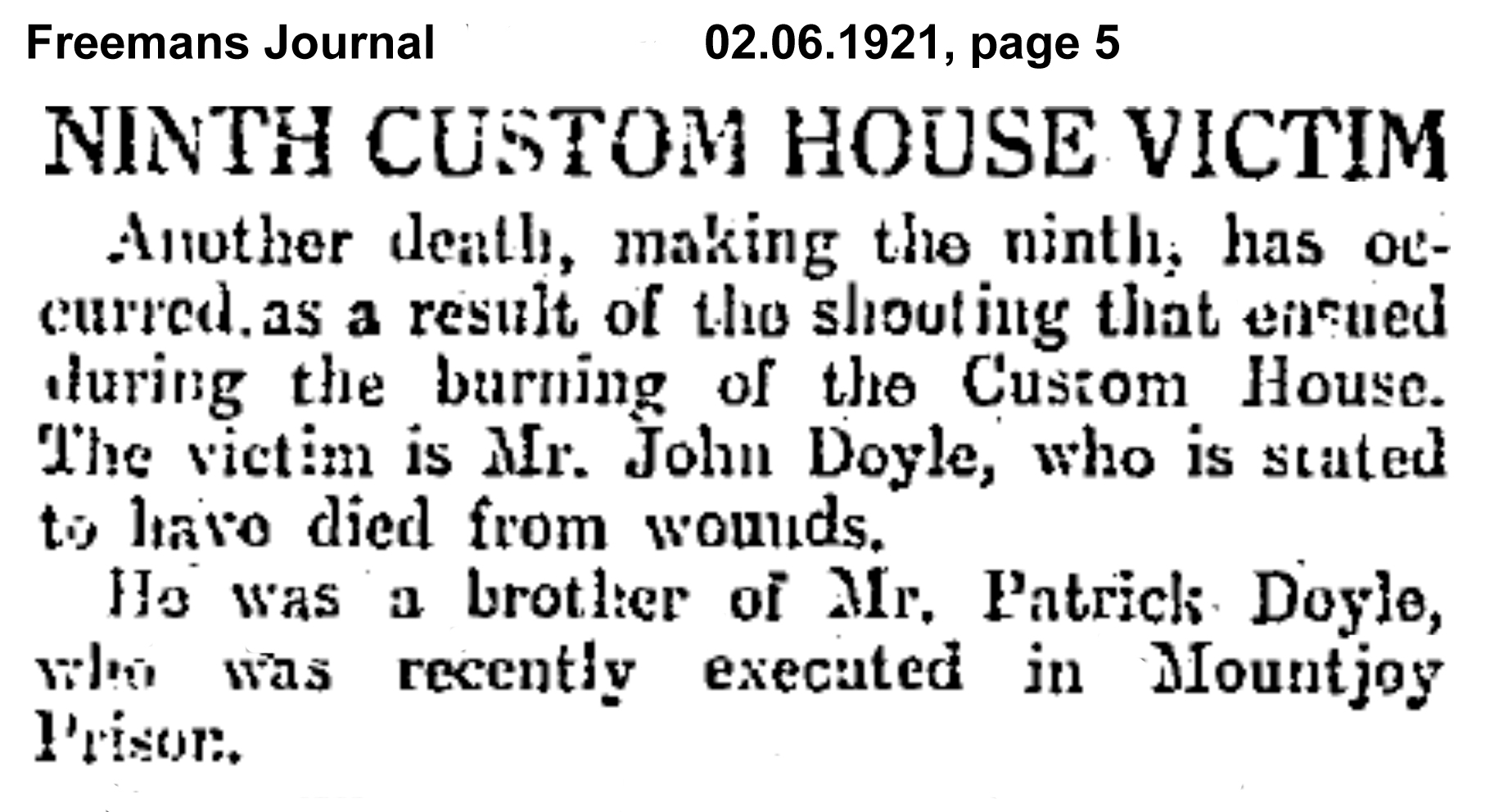 At the military inquiry Mrs Elizabeth Doyle said her husband “worked as a bookie’s clerk and he was not connected to any political organisation”. She added he hadn’t been well for a week or so due to a past operation on his stomach. But on the morning of Wednesday 25 May he felt fine. About 11.30 he told her he was off to business at The Curragh Races. He didn’t return and, very worried, she began checking all the hospitals.

Sean Doyle was the oldest and the only married man of the five IRA who died after the Burning. Apart from his widow he left a 10 month-old daughter, Kathleen.

Doyle was an experienced IRA fighter in the elite Squad, drafted in to protect the Lads detailed to burn the Custom House. While shooting his way out of the building with Squad colleague Jim Slattery, both were hit by bullets on Beresford Place, yet managed to get away up Gardiner Street.

Slattery’s hand was mangled but Doyle was mortally wounded. At about 2pm he was left at the Mater by some men who did not give any names, including the casualty’s. Sean was supposedly admitted under the name “Mr Brown”. In fact the hospital kept no written record and did not report his wounds to the authorities as military orders dictated. This became the main issue at the inquiry into his death when the doctors were severely censured by the military for failure to follow the law. 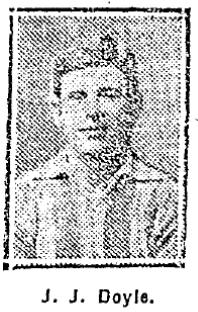 Born on 13 July 1887 at 48 Tyrone Street, Dublin, Sean was a son of Patrick Doyle, a Miller originally from Bray, Co Wicklow and Kate (née Dolan). He was baptised John Joseph in the Pro-Cathedral and was always known by that name to his family. After his father’s death his mother remarried in 1896 to Bernard McCreedy. The family moved across the Liffey to George’s Quay, directly opposite what must have looked an imposing Custom House to the young Sean. Well, perhaps apart from the large union flag flying above it.

By 1911 they were back again on the north side, in 16 Buckingham Place off Portland Row.

Sean joined the Volunteers in 1914 and was also sworn into the IRB.  At Easter he fought with F Coy, 1st Battalion in the North Brunswick Street/North King Street area. Historian Jimmy Wren says that Sean, along with Peadar Breslin and a few more, actually refused to lay down their arms until the Sunday. They had taken over Monk’s Bakery and were fully prepared to defend it. The diplomacy and persuasive powers of Father Albert were needed to convince them that to carry on was pointless. They finally surrendered. Sean was arrested and deported to Stafford Jail, then Frongoch.

He went back to his job with Dublin Corporation and also rejoined his Volunteers unit.

He was out early in the War of Independence as a member of the IRA party who attacked Lord French’s convoy at Ashtown in December 1919 when Volunteer Martin Savage died and Dan Breen was wounded. 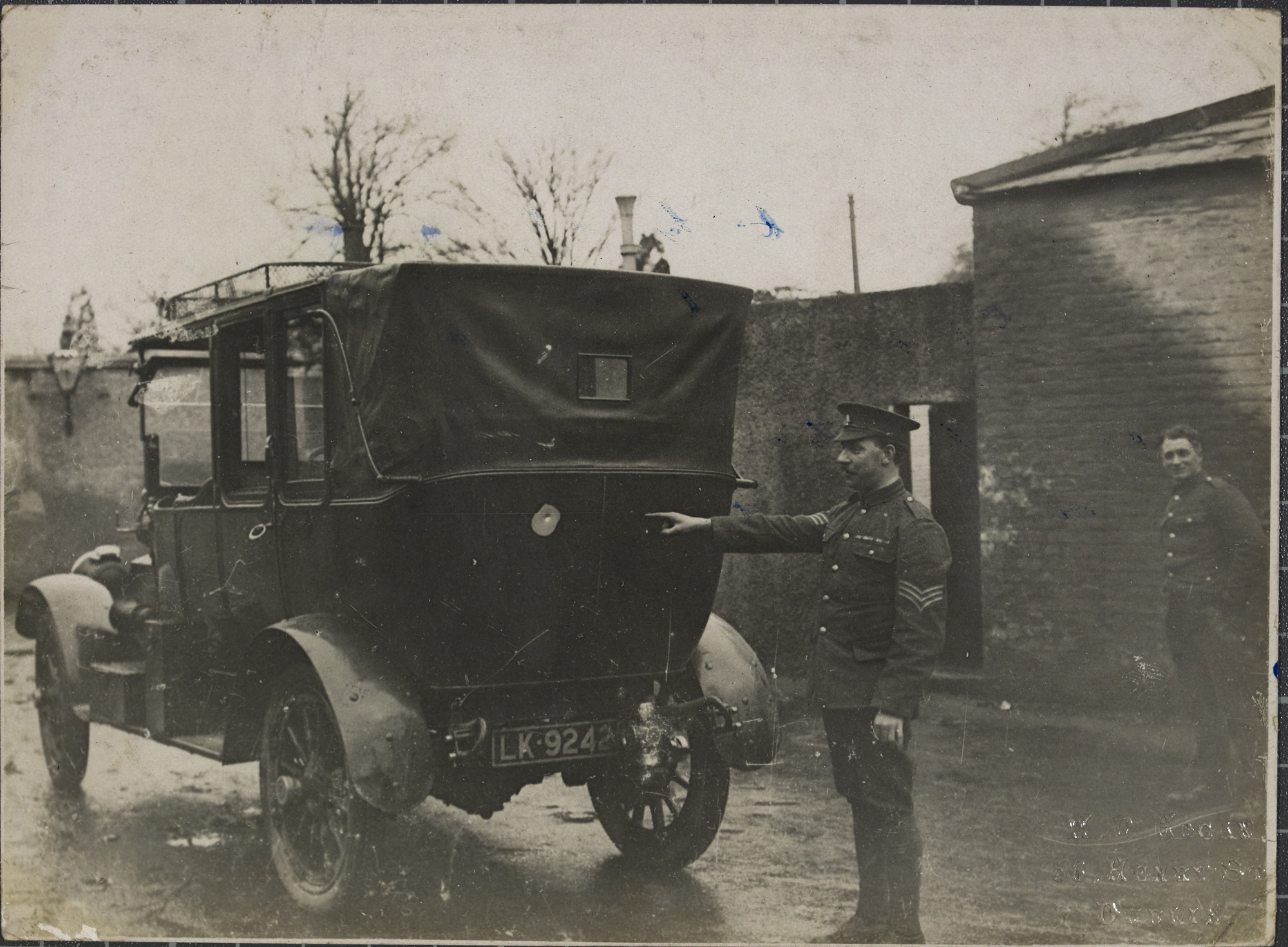 He was also on the earlier arms raid at Collinstown Aerodrome. From the little we know of his record, it seems he had a ‘quiet’ spell in 1920. Possibly this was due to illness. At the military inquiry into his death, his widow Elizabeth said he’d undergone stomach surgery the previous year. He was out again in 1921, most notably in the famous attempt to rescue Sean MacEoin (under sentence of death in Mountjoy Jail) using a captured armoured car, on 14 May. Sean was in charge of a small team who seized control of the prison gates to allow the rescue party to escape.

Later, Paddy O’Daly wrote that Sean Doyle was “among the very first men in Dublin selected by the late Dick McKee and Minister of Defence for the first Active Service Squad. He left his position in Dublin Corporation to take up the work. He never failed on any job that was put up to him. He was a thoroughly reliable and competent officer.”

Sean played field sports – code unknown to this writer – as we can see from this memorial card published after his death. 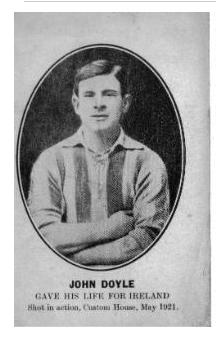 In 1915 Sean had attended the wedding of his sister Sarah to John C Wood* and appears marked ‘S’ on left in this charming family photo.

His brother Patrick (marked ‘P’) was also destined to die for Ireland. 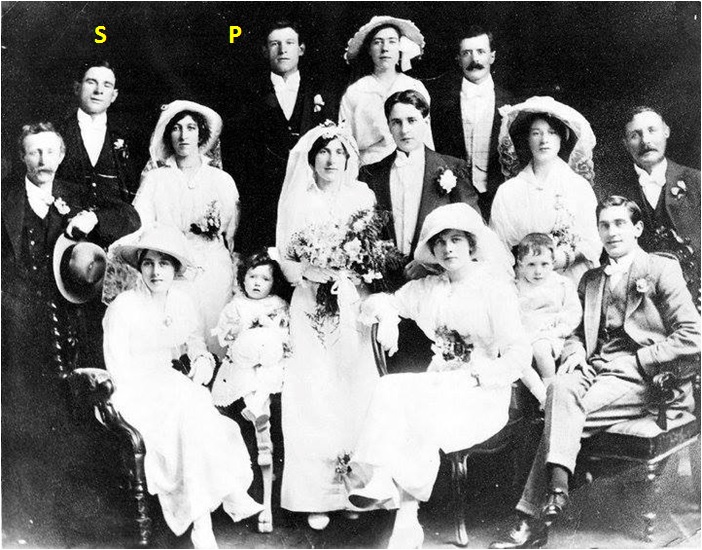 Arrested with a party of Volunteers after an ambush attempt at Clonturk Park, Drumcondra was reported and counter-attacked by Auxies, he and three of his comrades were among the six IRA executed in Mountjoy on 14 March 1921. Patrick went down in history as one of The Forgotten Ten. 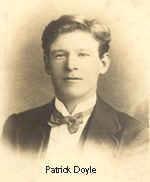 Sean had been best man for Patrick at his wedding in 1916 and in 1919 he himself married Elizabeth Ward, a docklands-born girl, in St Laurence O’Toole’s Church. 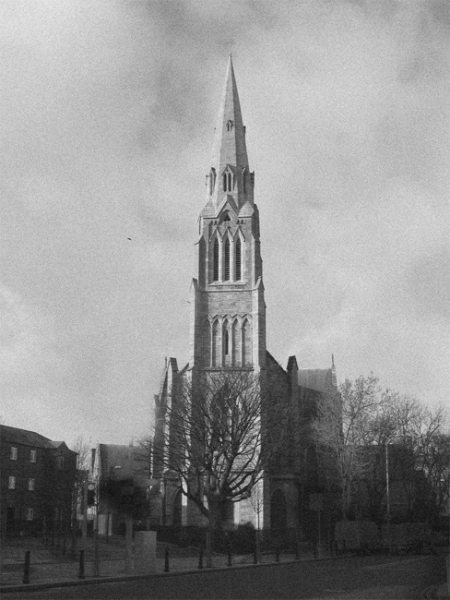 At the time of his death they lived with their little daughter, Kathleen, at 55 Amiens Street – an address made famous as one of the tobacconist shops run by Tom Clarke before his execution in 1916.

The papers had reported Sean’s death as the ninth victim of the Custom House battle. The dogs on the Dublin streets knew the story. However, the military inquiry (very “correctly”, British-style, in this writer’s opinion) decided there was no evidence where Sean had been wounded or who had shot him. Verdict? “Accidental Death” by gunshots of yet another Irishman in the Tan War.

Elizabeth Doyle may have left many things unsaid at the inquiry. But proudly and defiantly the family death notice described her husband Sean as an IRA officer who died in action and the brother of Patrick hanged by the British.

Whether myth or not, Sean’s last attributed words were delivered with a big smile to a nun, Sister Thomasina, in the Mater on the night of the Burning of the Custom House. He had fretted that the IRA had been crushed after the battle. But as he listened to gunfire and bomb blasts echoing round the city, he whispered something like: “Sister, thank God the fight goes on, the Lads aren’t beaten……”. An appropriate obituary for a committed but largely forgotten Irish soldier of those times?

Sean Doyle was buried in Glasnevin’s Republican Plot less than a week later.

There are three other great stories behind those names….

His widow Elizabeth was eventually granted a military pension and the school fees for her daughter Kathleen to age 18 were funded by the State. Mrs Doyle was also awarded Sean’s 1916 posthumous medal.

Their daughter Kathleen was married in 1943 to Charles Proudfoot and went on to have her own family. Her mother Elizabeth never remarried and outlived her only child by 2 years, passing away in 1985 in a Dublin Home for The Blind. 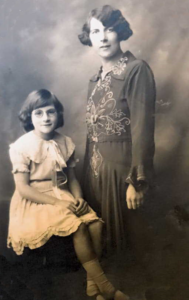 We have obtained a great photo of the two Doyle women – all the way from Nevada, USA! From the collection of the late Maudie Kane O’Reilly courtesy of Stephen Kinsella and Joan Drew. Mrs O’Reilly, who died in Co Wexford in 2020, was a niece of Lizzy and Sean Doyle.

Finally, the Reader will have noticed a lack of photos of Sean Doyle himself. OK, as one Reader pointed out, men like Sean in the Squad were not too anxious to be photographed in case British Intelligence could make use of their images. Well, Sean’s granddaughter, Clare Hodgins firmly believes he is the previously unknown man on the right in the front row in this photo of Squad and Intelligence comrades. In the writer’s humble opinion there is definitely a strong resemblance alright! 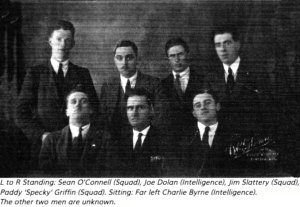 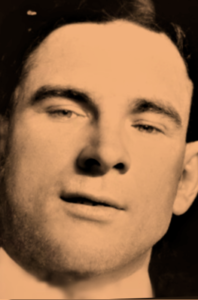 *The Doyle and Wood families suffered many tragedies owing to their strongly-held political convictions and activities over two decades.

The above post is about Sean and his immediate family because of his part in the attack on the Custom House, but there are other fascinating facts about his extended family.

We suggest you have a look on the classic CHTM, here.