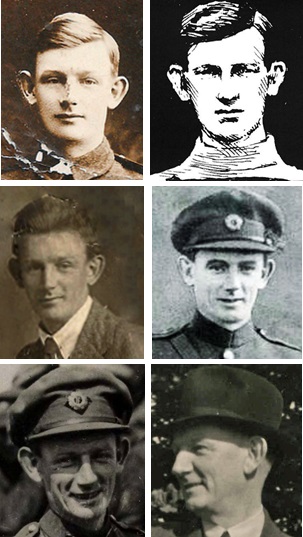 Born at Enfield, Co Meath on 12 April 1892, Tom was sixth of 8 children of Patrick and Rose (née Keane) Ennis. His father worked on the railway passing though the village and that job brought the whole family to Dublin before 1901 when they lived near the Five Lamps in the North inner city.

Tom went to the local national school, St. Laurence O’Toole’s on Seville Place. As a young lad he would have often wandered past the Custom House; and maybe admired the famous landmark building on the quays not far from home.

The family’s house was not a tenement by any means and they seemed to be doing alright, with Tom’s father and older siblings all working.

However, they suffered a big loss in 1903 when the father Patrick died aged only 56. He’d been a Watchman for one of the many railways in docklands back then.

The young Tom became involved in GAA sports through his local club, O’Tooles (‘The Larriers’), whose clubhouse was at 100 Seville Place. 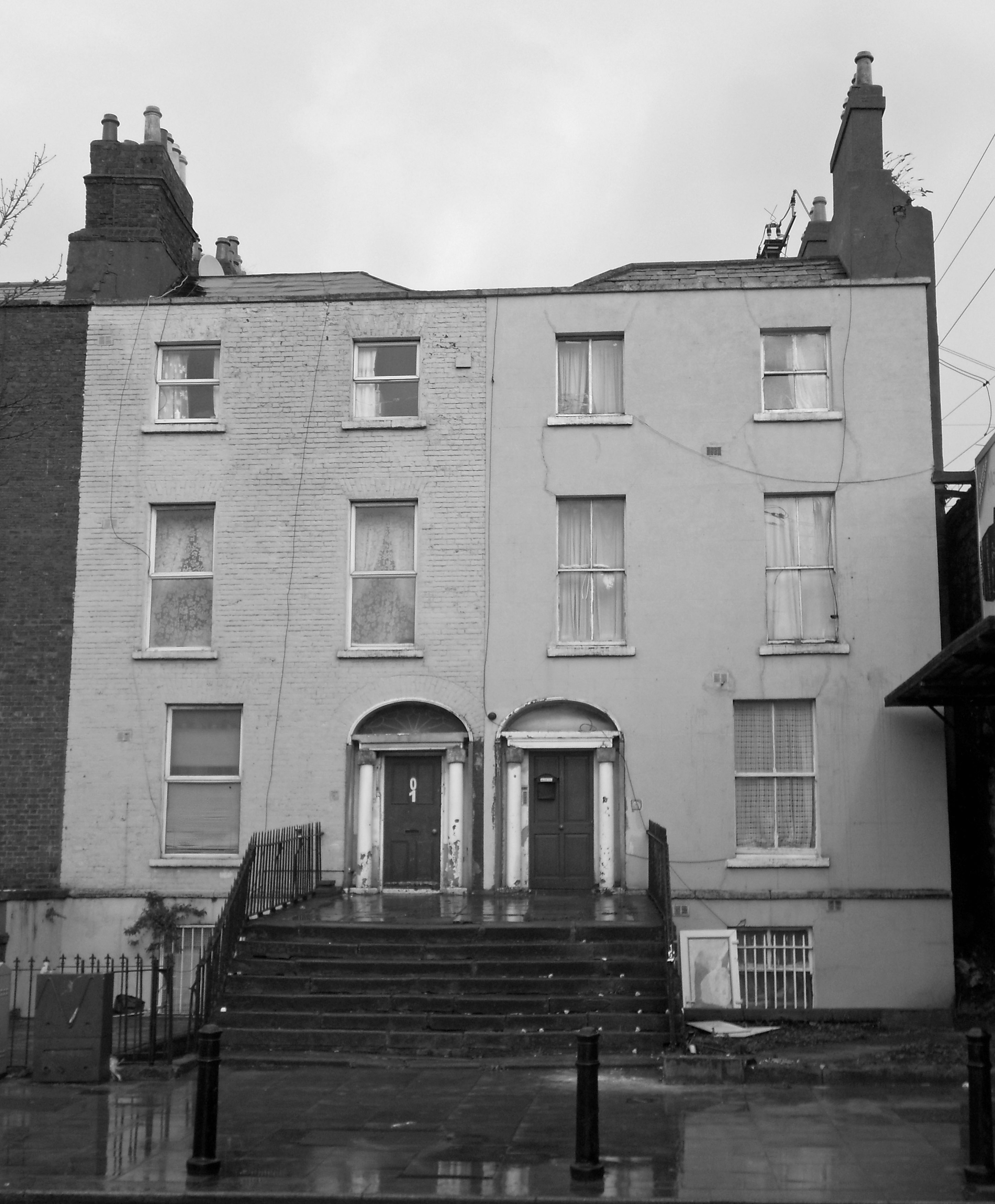 100 Seville Place (on right), HQ for O’Toole’s GFC and later used at times by Dublin Brigade 2nd Battalion and E Coy as well as the early Squad (briefly).

Ennis was a good player in attack for O’Toole’s football and hurling teams as the junior club began to achieve increasing success. 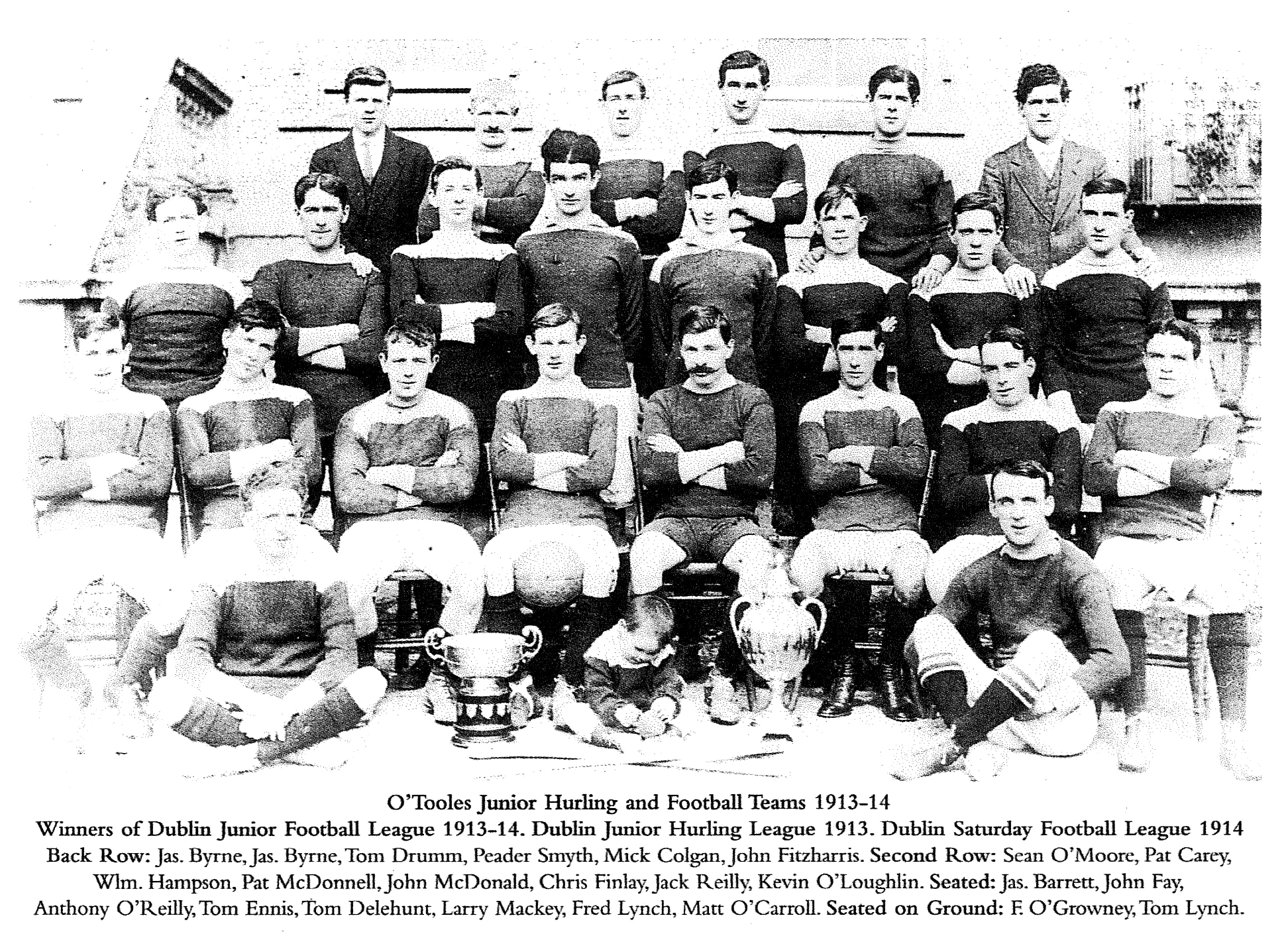 Tom joined the Volunteers on their foundation in 1913 as a member of E Company, 2nd Battalion, Dublin Brigade. He was working as a Labourer (‘Scavanger’) with the Dublin Port and Docks Board where his older brother Paddy and many Old IRA comrades were also employed. 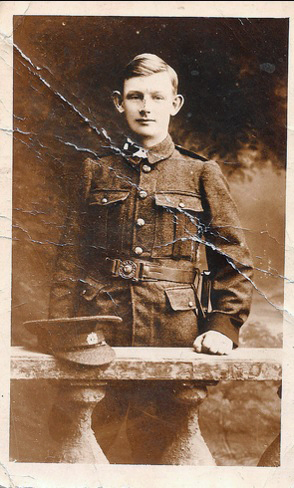 Ennis was heavily involved in Coy activities including parades and training, gaining the rank of Sergeant.

On the morning of Easter Monday 1916 Tom Ennis was mobilised at Fr. Matthew Park, Fairview and with his company comrades marched to the GPO.

Historian Jimmy Wren (son of another GPO man James) has identified 73 O’Toole’s GAA members out in 1916. Tom Ennis was among 21 of those who fought with the GPO Garrison.

On reporting at the GPO, Ennis was posted across the street to the Dublin Bread Company (DBC) Tower with Capt. Tom Weafer’s company. Their objective was protection of the party using the radio set at the Wireless School in the same block of Lower Sackville (now O’Connell) Street.

This outpost took heavy British fire, the whole block became engulfed in flames and after the death of Weafer and wounding of other Volunteers, withdrawal to the GPO was inevitable.

Tom, however, stayed at his post and only evacuated the position after a direct order from James Connolly. He was used to carry despatches to and from Jacobs and later occupied buildings in Henry Street. Ennis took part in the retreat to Moore Street and surrendered with the survivors on the Friday. 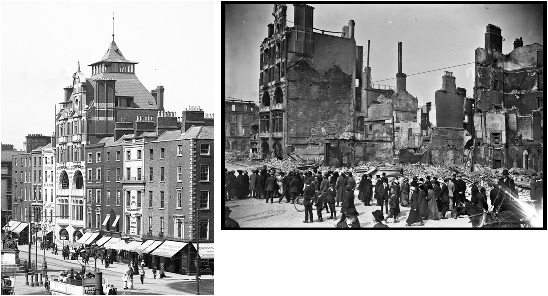 The DBC Tower before and after the Rising

He was arrested, taken to Richmond Barracks and deported to Frongoch in Wales with the hundreds of other men rounded up.

Released in August 1916, Tom returned to a changed city. One change wasn’t good for him – sacked by the Port & Docks for his part in the Rising he was idle for 6 months. He then became a Goods Checker with the Midland & Great Western Railway at the docks.

Rejoining E Coy he actively helped with its reorganisation, becoming a Lieutenant.

Ennis continued his sporting career with O’Tooles, captaining them to their first Leinster Senior Football title in 1918. At least two team mates the McDonnell/McDonald brothers, Johnny and Pat, were fellow members of E Coy.

With the IRA, Tom took part in all Coy activities including the capture of a ton of gelignite from Amiens St. (Connolly) Railway Station. Comrades included his brothers Paddy and Peter (Coy Intelligence Officer). 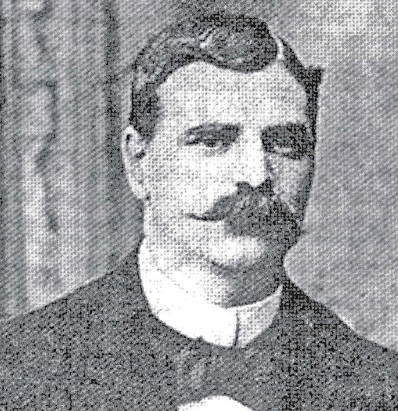 On 30 July 1919, Ennis took part in the first execution officially sanctioned by the Dáil.

He was a member of a 4 man IRA hit team – the forerunner of The Squad – who shot and wounded DMP Det. Sergt. Patrick ‘The Dog’ Smyth at Drumcondra. Smyth, a committed anti-“Sinn Féiner” who’d arrested Countess Markievicz, Píarais Beaslaí and others, had been warned off such political work but bravely refused to back down. He survived 5 bullet wounds in the attack but died of complications in early September 1919.

On the sporting front, Ennis and O’Toole’s retained their title that year and again in 1920. In those days provincial winning clubs selected the county team, so O’Toole’s players packed the Dubs sides and Tom was among them. Here he is in a team photo when Dublin lost to Tipperary in the 1920 All-Ireland final.

A friendly re-match, to provide funds for Dublin Brigade, was arranged for 20 November. A day recorded in Irish history as Bloody Sunday after many civilian deaths after Crown forces violence at Croke Park.

Earlier that morning, Tom Ennis had taken part in another famous event, the planned assassination of British intelligence agents in Dublin. Tom led the E Coy party across the Liffey to alien territory at 38 Upper Mount St. and was involved in the killing of Lieutenants Ames and Bennett there. He brought his men safely home again, using a rowboat to cross the river back to their own Coy area.

The War of Independence was really ramping up in intensity and Tom Ennis played a very full part.

He was elected O/C of the 2nd Battalion in succession to Sean Russell shortly after Bloody Sunday, i.e. late 1920.

Under Ennis the “Fighting 2nd” became one of the most active and effective units in the Dublin Brigade according to Brigade O/C Oscar Traynor.

In early 1921 Tom directed attempted ambushes on military convoys in the north Dublin suburbs and raids for arms and explosives. Early on 11 April he led a big attack on the London & North Western Railway Hotel on North Wall, base for the Auxiliaries Q Company. 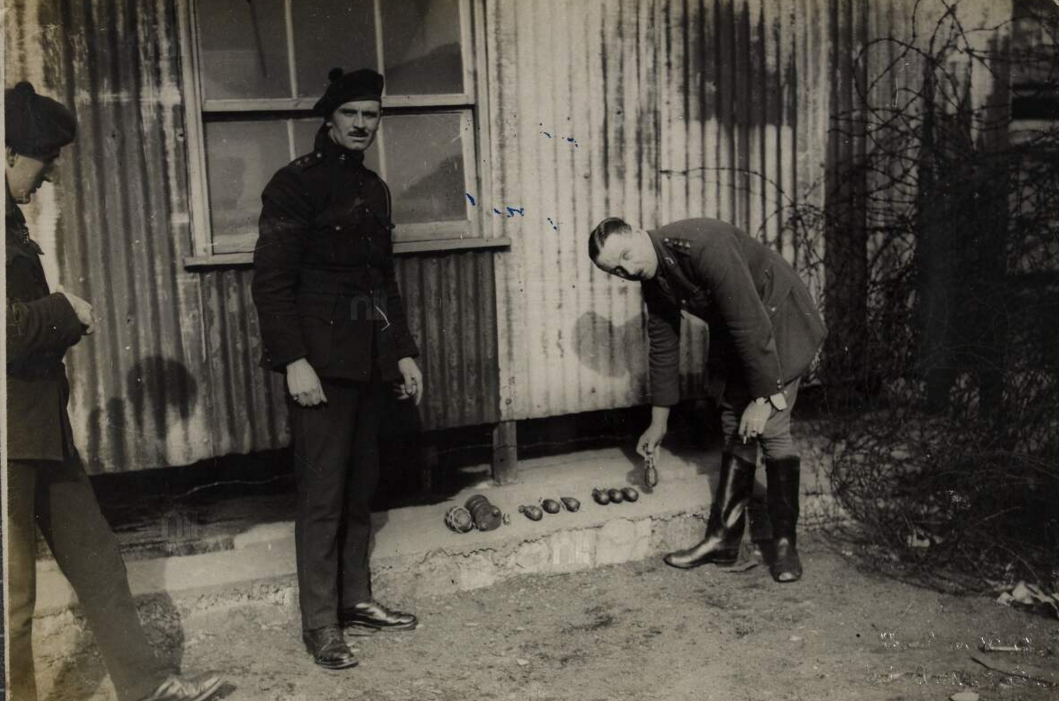 That operation employed specially made firebombs for the first time, but did they not prove effective. The IRA did achieve surprise and immediately shot and wounded the Auxy sentry, Cadet Body. The building was heavily fired on and damaged. But the Auxies – some in pyjamas – fought back and killed Vol. Peter Freyne (17). Two quay workers passing by were also wounded. The IRA successfully withdrew, having raised local drawbridges to prevent pursuit by crown forces.

A few weeks later, on 25 May came a more spectacular event – the biggest War of Independence operation by the Dublin IRA – the Burning of the Custom House which is discussed in Part 2.