The 96th anniversary of the Burning of the Custom House was very successfully commemorated on the 25th May last – once again blessed by lovely weather. An excellent turnout assembled, as is by now traditional, at the monument to the men and the ceremony itself commenced with a brief introduction from Gary. This year, the wreaths were laid by Sharon Gray and Pauline Moynihan. 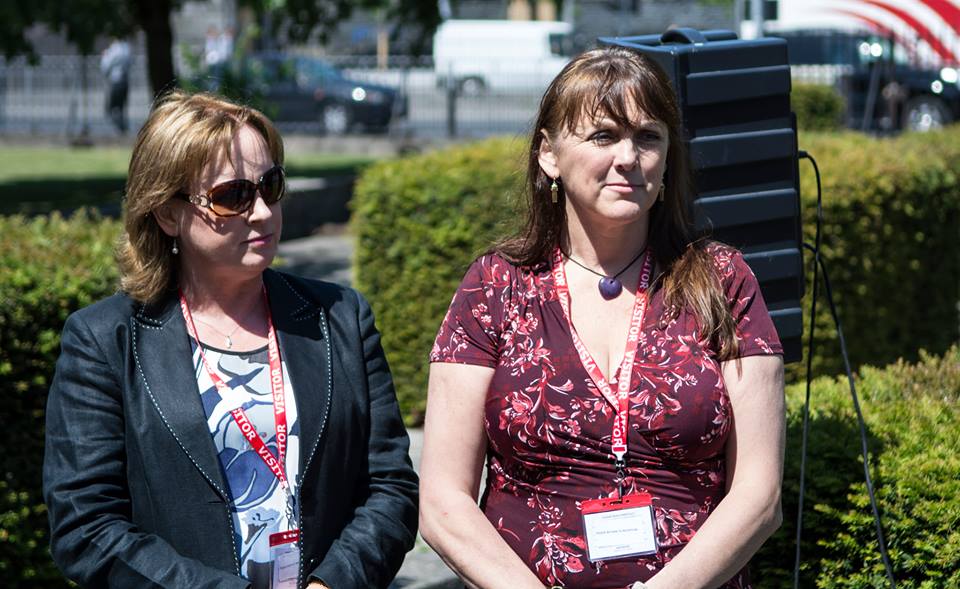 Pauline and Sharon, our 2017 wreath-layers

Sharon is a grandniece of Dan Head, the youngest Volunteer to lose his life in the attack. Pauline is a second cousin of John Byrne, who was one of the innocent civilians who, in Pauline’s own words, was “in the wrong place at the wrong time”. 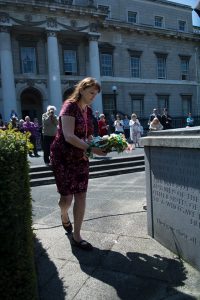 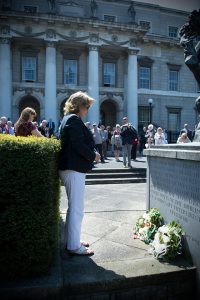 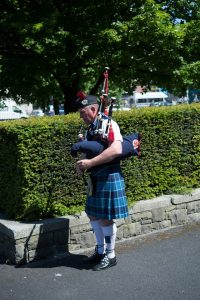 Both were most welcome first time Commemoration attendees and spoke eloquently about their relatives in very dignified and heart-felt speeches. For more details on the men they paid tribute to, you can click on Dan and John.

Following the laying of the wreaths, a moving lament was played in memory of all the casualties by piper Paul McNally from the Dublin Fire Brigade.

The Custom House again kindly allowed us to use their facilities which provided a welcome opportunity for all the relatives and friends to catch up and swap stories. We were also very fortunate that Liz & Micheal’s book on the raid – ‘May 25- Burning Of The Custom House 1921’ – was just hot off the press and they kindly did an early launch of the book for the event.

A change in format this year saw the Commemoration held as a stand-alone event separate from the Conference which was held the following Saturday in the Custom House. As things stand, we see that approach, as regards a self-contained Commemoration event, continuing in the future.

We would again like to acknowledge the excellent and practical support of Sean Hogan and the staff of the Custom House who facilitated us in so many ways on the day. Their continued support for the commemoration contributed enormously to its success and is very much appreciated.

Below are some photos of the day, all courtesy of our own Gerry Cassidy. 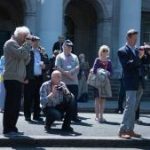 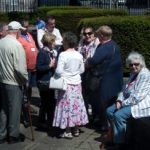 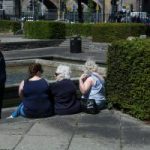 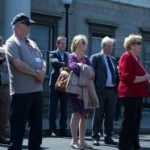 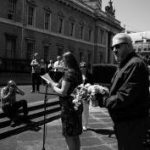 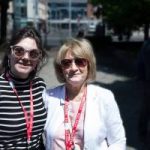 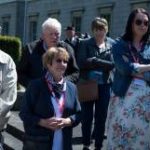 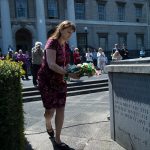 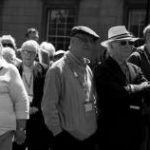 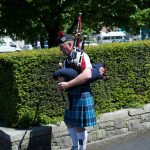 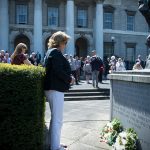 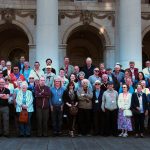