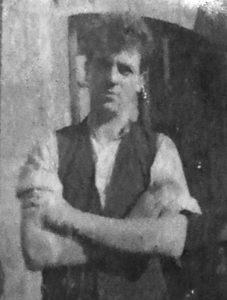 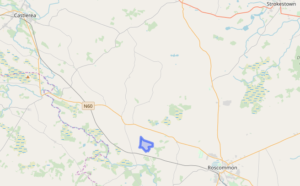 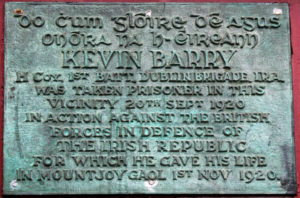 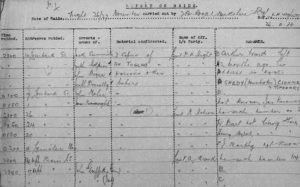 Dwyer remained active and featured as a key participant in the IRA raid on Keegan’s Gunshop, at the corner of Chancery Street-Inn’s Quay on 28 March 1921 (BMH.WS1153). The opportunity came about owing to his occupation and his well-known curiosity. His Company Lieutenant Sean O’Neill accompanied Spivis when he went to pay his union dues on Easter Sunday (as you did back then!). The trade union office was above the gunshop and, climbing the stairs, they found piles of parcels which Spivis poked into and discovered were stuffed with shotgun cartridges. This they reported to their Battalion HQ and H Coy was detailed to commandeer the ammunition, 20,000 rounds in all. Next day, no less than fifty men were mobilised to take the materiel away and provide protection on its journey all the way to a dump beyond Phibsborough. This was on Easter Monday afternoon, the 5th anniversary of the Rising – a nice touch! 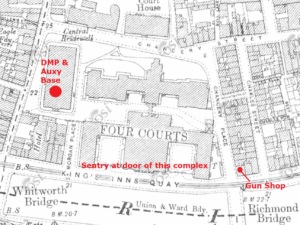 Adding excitement was the location of the shop, not far from the Bridewell police station where a large number of Auxies were based and in sight of the Four Courts guarded by a military sentry at the gate. It was of course also broad daylight. One IRA man engaged the sentry in long-winded chatter while Spivis was among the handful who took out the parcels and loaded them onto a van. Despite a close shave when six British Military Police passed by, the ammo was conveyed safely to the dump and all the IRA got away too (O’Neill also mentions an amusing incident on the way home involving himself, two comrades and, bizarrely, an Auxy wearing white rubber shoes!).

Spivis Dwyer became a member of the Squad and was on protective duty with them in the Custom House on 25 May 1921. He was among the 80-plus IRA men arrested, taken to Arbour Hill Detention Barracks and then interned in Kilmainham Gaol before the general release on 6 December. According to Peadar O’Farrell of D Coy, Spivis shared a cell with Tom Kehoe. That turned out to be an ill omen, as both cellmates were to die within the space of a short few years.

What happened to Sean Dwyer for some time after his release from internment 1921 is lost to history. He does not appear in the Army Census of 1922 and there is no evidence of what position – if any – he took during the Civil War. It was not clear where he lived or whether he emigrated. There seemed no further record of the man to be found online.

In fact the next mention of his name the writer came across was in the recently released Brigade Activity Reports on the Military Archives site. On a 1935 IRA list of Custom House prisoners, a John Dwyer was marked deceased. A trawl (yet again) through death records revealed that life for him had gone full-circle. Having returned home to Emlagh Beg, Sean died aged 27 on 19 July 1926. Such irony – in the middle of an Irish summer, a Squad veteran who survived the Tan War was killed by Influenza and Pneumonia. No trace of a newspaper announcement or report has been found. But it is confirmed (through his brother-in-law Charles Mee’s name on the death certificate) the man who died was indeed the John ‘Spivis’ Dwyer of Custom House fame. 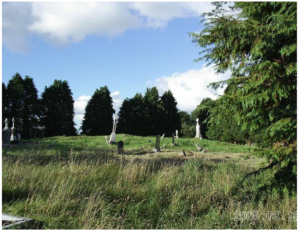 The peaceful little graveyard at Ardkieran where Sean may be buried

Sean was unmarried but surely not unmourned when he died surrounded by his parents and other close family (His elderly father John died within 2 years, while his mother lived to 1943). It is not known if Spivis was honoured in death by any of his old IRA comrades or whether there were any military ceremonies at his graveside. Even his burial place is not definitely known to this writer as yet. But it may be Ardkieran graveyard, Lisagallen (where his Mee in-law was buried), or possibly Oran.

You’d wonder how and when the Old IRA in Dublin did hear about his death, but they had their network  and their own ways and means; nine years later they obviously knew Sean Dwyer had passed away. At least they did not forget his part in the War of Independence.

One of the first items connected to Sean Dwyer this writer came across was his photo taken in Kilmainham. He signed the page in Cyril Daly’s autograph book “John Dwyer alias Joe Sp??s”. The last word looked like Spivis or Spiers but there was no sign of such names in any records. And the name John Dwyer meant it was not going to be easy to pick out the right man. That was where our friend and colleague John Dorins came in and simply Googled “Joe Spivis”. The result was surprising….. 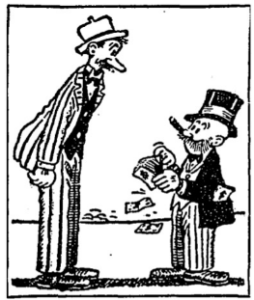 The Mutt and Jeff cartoon characters

Readers over a certain age may remember an old American cartoon strip by Bud Fisher syndicated here in the Irish Independent and Evening Herald, called Mutt and Jeff. This writer remembers it very well, but does not recall the two main characters having a friend named – Joe Spivis!

Now that we know who Sean was nicknamed after, all we are left to ponder is how and why he got that nickname, which he obviously enjoyed using himself.

It seems the answer will remain secret in the grave with Sean Dwyer and his old comrades.

Thanks to Sean’s grandnephew Lt. Col. Oliver Dwyer of the Defence Forces, there are now more facts about Spivis. To be posted shortly.